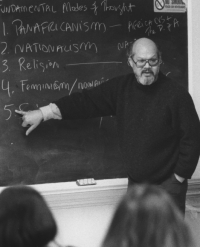 Teaching at the University of Toledo, c1997. 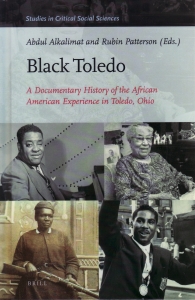 My latest book is Black Toledo. I directed the Black Studies Program at the University of Toledo from 1996 to 2007. This book is a result of digging deep into the history of the community. I was also an activist fighting for change in that post-industrial city, a city with deep contradictions.

My previous book, co-authored with Romi Crawford and Rebecca Zorach, is about the Wall of Respect, a 1967 mural created by an organization I helped found while a graduate student. The project sparked the creation of more than 1500 murals worldwide.

My academic training began with an undergraduate double major in sociology and philosophy (Ottawa University), followed by a PhD in sociology (University of Chicago). I have been part of Black Studies at institutions in all four regions of the country and edited the main Black Studies listserv, H-Afro-Am, from 1998 to 2014.

Send email to be notified of new topics and content.